Happy Tuesday! We are entering the last week of autumn, and the mild air isn’t going anywhere. Winter officially begins next Tuesday, December 21st at 10:59 AM.

Today won’t be quite as warm as yesterday, but still mild for mid-December. Temperatures will top off in the 40s for most of the News10 area. Highs will be five or so degrees above average.

Meanwhile, tonight and tomorrow will be more seasonable. Lows will quickly fall into the 20s tonight ahead of an uptick in cloud cover. Under mostly cloudy skies Capital Region temperatures will top off into the lower 40s on Wednesday. We are also tracking an afternoon rain chance and the possibility of a rain/snow mix in the Adirondacks and the Greens. This precipitation won’t hang in long.

Thursday will bring another gush of warmth. We’ll be on record high watch in Albany. The record is 55° from 1971. Breezy conditions will help to drive the temperature up. There is an isolated shower chance too ahead of a cold front.

The pattern will turn more winter-like by the weekend. Temperatures will settle into the 30s. We’re watching the potential for another storm that will bring periods of rain and snow on Saturday. The final full day of fall looks to be chilly at this point.

DENVER (KDVR) - Families have finally gotten answers in four separate murders that happened more than 40 years ago across the Denver metro area. Joe Michael Ervin has been identified as the suspect in the stabbing murders that occurred between 1978 and 1981.

Ervin died by suicide in 1981, according to authorities. He died after an Aurora officer, Debra Corr, stopped him for a traffic violation and attempted to arrest him, but he broke out of handcuffs, took Corr's gun, and then shot and killed her.

LISBON, Portugal (AP) — Portuguese voters go to the polls Sunday, two years earlier than scheduled, after a political crisis over a blocked spending bill brought down the minority Socialist government and triggered a snap election.

The Socialist Party has been in power since 2015, with Portugal one of only a half-dozen European countries having a left-of-center government. It faces a strong challenge from the center-right Social Democratic Party, its traditional rival.

BOSTON (AP) — A powerful nor'easter swept up the East Coast on Saturday, threatening to bury parts of 10 states under deep, furiously falling snow accompanied by coastal flooding and high winds that could cut power and leave people shivering in the cold weather expected to follow.

Philadelphia, New York and Boston — the latter of which was under a blizzard warning and forecast to get as much as 2 feet of snow — were all in the path of the storm. Airlines canceled more than 3,000 flights at some of the nation's busiest airports. Amtrak suspended or limited service on the Boston-to-Washington corridor. 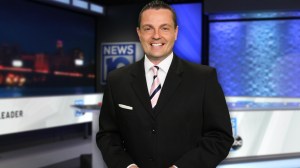 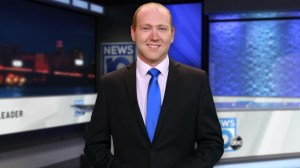