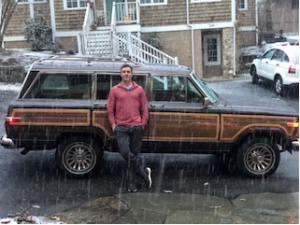 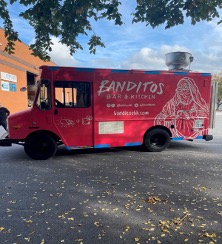 “How do we expect our at-risk kids to reach their potential if the city doesn’t fulfill its obligation of providing safe neighborhoods and a great education?”

BALTIMORE, MARYLAND, UNITED STATES , November 1, 2022 /EINPresswire.com/ -- For more than a century, Big Brothers Big Sisters of America has helped change kids’ perspectives about their future by giving them the opportunity to reach their potential. And they have a contingent of volunteers, donors, and advocates to thank. Once such volunteer is Maryland’s own Michael McDevitt, the local businessman and founder of Tandem Legal Growth Group and White Oak Hospitality.

“I love Baltimore,” says the Northern Virginia transplant. “I lived in Federal Hill, Fells Point, and Canton. I spent countless hours at Camden Yards, M&T Stadium, and music venues all around the area. “These places are part of what makes Baltimore amazing at the macro level.” But unfortunately, the city is not reaching its potential at the local level, according to McDevitt.

“How do we expect our at-risk kids to reach their potential if the city doesn’t fulfill its obligation of providing safe neighborhoods and a great education?” McDevitt is constantly thinking of ways to help. And whether in his neighborhood, Baltimore City, or throughout Maryland, Mike is consistently rolling up his sleeves.

Mike’s brain never turns off, jokes his wife, Danielle. “He is constantly fixing, tweaking, and solving problems.” “When Covid caused the cancellation of a traditional neighborhood hayride, he turned our home into a haunted house to ensure kids could still celebrate Halloween.” “And when Christmas decorations in the neighborhood were lacking, he felt we needed more cheer.”

It is also more than the holidays. He turned a food truck business into a way to feed those in need. “He’s amazing and exhausting at the same time,” she jabs.

Mike has a passion for supporting those in need. Whether mentoring service members leaving the military, coaching youth sports, or his involvement as a Big Brother, he is always ready to lend a hand. McDevitt has been particularly active with the Baltimore Chapter of Big Brother for the past 10 years.

“I routinely drive through the city and see kids running the streets during school hours or late at night and wonder, how do we fix this, and how we help these kids reach their potential?” “There has to be something amazingly great inside each of them.” But to McDevitt, actions speak louder than words.

McDevitt has rolled up his sleeves for years to serve those in need. Once Mike heard of a young Baltimore City boy surrounded by a perpetual state of instability, violence, and uncertainty. “I work with a lot of children, but this particular story stuck with me, and really broke my heart.”

Danielle emphasized that Mike is usually upbeat, but she knew something was troubling him. “I could tell this young man's situation really landed differently with Michael.” Struck by the young boy’s story and given the increasing crime and violence plaguing the city during that time, McDevitt became personally involved in the boy’s life and spent time mentoring his little brother until tragedy struck one afternoon.

On a typically hot and humid summer afternoon in Baltimore, McDevitt’s little brother came home to flashing lights and police tape – and unfortunately - watched as the coroner’s office removed the remains of a murdered family member from the home. Yes, his home. The one place that he thought provided him refuge from the drug and crime-plagued streets in his neighborhood. Again, McDevitt rolled up his sleeves. He researched and found family members in another state, contacted them, and took charge of the administrative process which enabled legal guardianship of the young man. McDevitt then orchestrated and funded the reunion with his new family.

When asked about the incident, Mike passionately states “Those that can – need to do. “If each of us can do one thing to help another person, then as a society we are at least moving in the right direction.” “But it all starts with rolling up your sleeves and getting involved.”