MADISON, Wis., Dec. 1, 2022 /PRNewswire/ -- Fetch, America's No. 1 rewards app and leading consumer-engagement platform, today announced the strategic expansion of its leadership team, adding two key executive roles as the company moves to scale its technology and operational capabilities to keep pace with unprecedented growth in both user base and brand partnerships. 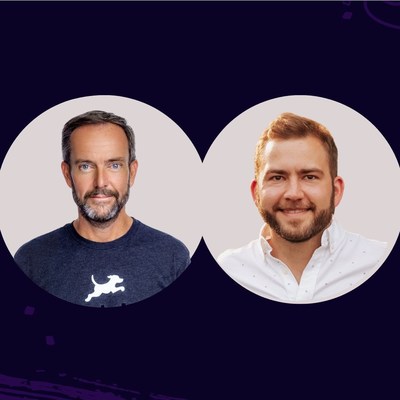 Charles McColgan, a tech industry veteran with nearly three decades of experience scaling companies and building cutting-edge data and security products, has been tapped as the company's first Chief Information Officer (CIO). In this new role, McColgan will lead all data engineering, data analytics, data science, machine learning and analytics engineering teams. Prior to joining Fetch, McColgan served as Chief Technology Officer (CTO) at TeleSign, a communications platform as a service (CPaaS) company and FrontBridge Technologies, a security-focused communication service platform that was acquired by Microsoft. McColgan also served as a development director at Microsoft and previously worked as VP of Technology for Paramount Digital Entertainment.

"Ever since I was introduced to Fetch a few years ago, I've been fascinated with the opportunity to bring digital precision to terrestrial marketing," McColgan said. "I'm excited to bring my experience running organizations and data at scale to enable the Fetch platform to continue its unprecedented growth."

In addition, Fetch has named a new Chief Technology Officer (CTO). Wade Bruce, who joined Fetch in 2019 and served as Principal Engineering Lead before his promotion, now leads all software engineering and DevOps. Bruce brings a wealth of experience as a software engineer and developer, with previous roles at insurtech startup Bunker, social media management startup Spredfast (now Khoros), and State Farm. Bruce also served more than seven years in the Army National Guard as a signal officer.

"I joined Fetch in 2019 because I was excited about the company's growth trajectory. Our technology has made tremendous progress over the last 3 years, but we see it as just the beginning of something very special," Bruce said. "I am honored to lead our software organization into the next phase of our growth as we build world-class products for our users and partners."

"This is a pivotal moment for Fetch – inflation and tough macroeconomic conditions are driving massive consumer demand for money-saving solutions, and changes to the digital advertising landscape are pushing brands to explore new ways to connect directly with consumers," said Wes Schroll, Fetch CEO and founder. "These factors have supercharged our growth rate and pushed us ahead of our 2022 growth targets. Bolstering our leadership team with top talent at this crucial time will set us up for success as we aim for even bigger things in 2023."

In addition to bolstering its leadership team, Fetch has launched a new website, www.fetch.com, and has dropped "Rewards" from its official company name, logos and branding. The name change reflects the evolution of the Fetch experience, which has expanded beyond its core function of rewarding consumers for buying the brands they love.

"There's a misconception that Fetch is in the same category as other cash-back apps, but we've always been fundamentally different," said Birk Cooper, Chief Marketing Officer, Fetch. "Fetch is more than a rewards platform — it's a powerful new kind of consumer-engagement platform, with people coming to the app specifically to engage with the brands they love."

With more than one third of its 17 million members using the app daily, Fetch has significantly higher engagement metrics than other money-saving apps – it's closer to leading social media apps. Exciting new features launched in 2022, like the ability to add friends in the app and compete with them on a leaderboard, have laid the groundwork for a social experience unique to Fetch, and more product enhancements around social shopping are planned for 2023 and beyond.

And for brand partners, Fetch is gearing up to launch Mission Control, a new self-serve advertising platform in early 2023. With this new tool, brands will be able to activate a highly engaged user base and create behavior-based campaigns to drive purchases with real-time and crystal-clear attribution.

Fetch has also developed a unique powerful method for brands to measure campaign results - Verified Incremental Return, the most precise ROI measurement in the industry.

"This is an absolute game-changer for brands looking to understand the business impact of their marketing spend," Cooper said. "No other platform has the scale and the signal to pull this off, and we believe it will become the gold standard for marketing measurement."

Founded in Madison, Wis., Fetch is on a mission to help people have fun and save money on every purchase. The No. 1 rewards app on the market, Fetch has more than 17 million monthly active users who have collectively submitted more than 2 billion receipts and earned more than $475 million in rewards points. A top-ranked app in the App Store and Google Play Store with more than 2 million five-star reviews from happy Fetchers.

For inquiries or corrections to Press Releases, please reach out to Cision.
✕
× Close Ad