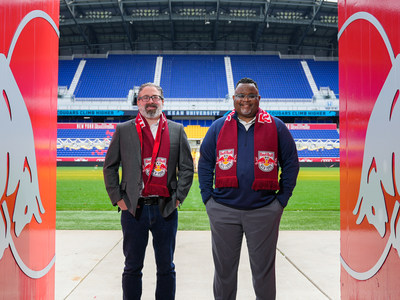 As an "Official Partner of the New York Red Bulls," Kean University will gain access to internship, full-time job and sales opportunities for students and alumni through a streamlined application process with the MLS club.

Additionally, the Red Bulls will establish an employee mentorship program with students that will include shadowing and networking events. Students will also have the chance to participate in community service projects with the organization.

"We are thrilled to launch this partnership with the New York Red Bulls," said Kean President Lamont O. Repollet, Ed.D. "It's another example of how Kean is working with major organizations and companies to support our work and our students. This initiative will provide students with valuable career connections and experiences that directly support their success."

"The value of experiential and hands-on education is critical in today's day and age," said Joe Stetson, Chief Marketing and Revenue Officer, New York Red Bulls. "Students will have the opportunity to learn, grow and enhance their skills while professionally developing alongside some of the best minds in the sports industry."

The partnership also includes marketing and social media engagement as well as on-campus events at the University's main campus in Union, New Jersey.

About Kean University
Founded in 1855, Kean University is one of the largest metropolitan institutions of higher education in the region, with a richly diverse student, faculty and staff population. Kean continues to play a key role in the training of teachers and is a hub of educational, technological and cultural enrichment serving more than 16,000 students. The University's six undergraduate colleges offer more than 50 undergraduate degrees over a full range of academic subjects. The Nathan Weiss Graduate College offers seven doctoral degree programs and more than 70 options for graduate study leading to master's degrees, professional diplomas or certifications. With campuses in Union, Toms River, Jefferson and Manahawkin, New Jersey, and Wenzhou, China, Kean University furthers its mission by providing an affordable and accessible world-class education. Visit www.kean.edu.